Mark Lewis – Reflections on a 20-year Career in Recruitment 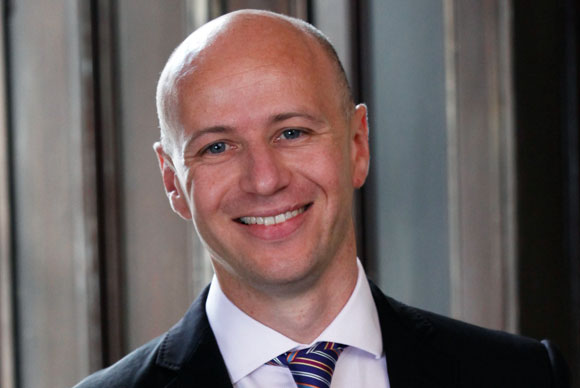 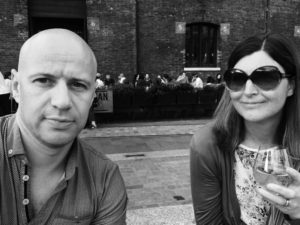 Mark Pictured with his wife, Lesley

Livingston James Board Director and head of Rutherford Cross, Mark Lewis, is celebrating 10 years with Livingston James Group this year.  Here, he reflects on his time with the business and his experience gained throughout his 20-year career in the recruitment industry, and the modern recruiter’s role as a source of collective knowledge, facilitator of relationships, and creator of networks.

2021 has been a pretty major year so far and looks to promise much, much more before it’s over. We left the European Union after more years than I’ve been alive (which is a lot!), we have vaccinated over 40m people in the UK in record speed against a pandemic that arrived under 18 months ago, and we are counting down to COP26 in November, an event that will put Scotland at the very centre of the battle against the global climate crisis.

On a personal note, this year has also seen me pass several milestones, including celebrating 20 years in recruitment, 10 years as part of the Livingston James Group, and my first 12 months as one of the owners of the firm I am fortunate to be a part of.  Whilst the backdrop of the pandemic and the Brexit fallout hasn’t left much time for reflection, I felt I couldn’t let them pass without recording some of my thoughts on the last 20 years.

I’ve never been someone who dwells much in the past, but I’ve always been fascinated by the lessons that history teach us about the future. As far as my basic education has taught me, there is seldom something that happens in life that hasn’t occurred in a similar form previously. After all, when considering the impact of COVID-19, it is only 100 years since the Spanish Flu killed 50 million people, and the HIV/AIDS pandemic has been ongoing since the early 1980s claiming 36 million lives so far and, although treatment is now very effective, that still remains without a cure.

What history tells us that is consistent is that following times of great crisis comes significant change. COVID’s human cost is horrific but far less than the pandemics mentioned above, but the level of change in the way we live our lives and, specifically, the way we work and the reasons why we work, has been seismic and to a significant degree here to stay.

When I began my career in recruitment, the industry was still very much about databases of organisations and people, and face-to-face contact was the only meaningful way of developing relationships.  Effectively people were the recruitment firm’s ‘product’ and the hiring organisation had to pay to access them. Advertising was slow, expensive, and ROI almost impossible to track, so recruitment firms flourished by establishing a virtual monopoly on talent across all levels and functions.

Recruiting for the Modern World

Roll forward 10 years to the start of my journey with Livingston James Group and the unstoppable surge of social media platforms, most notably for business being LinkedIn, and effectively the database approach of recruitment was dead. LinkedIn meant that everyone had access to the database and, in conjunction with cheap and instant online advertising, many organisations built in-house capability to cut out the recruitment middle-(wo)man. More recently, increasing automation and the use of algorithms to match CVs to opportunities can further reduce the need for human interaction in the recruitment process.

As such, the majority of my time with Livingston James Group, has been focused on where the recruitment industry still plays a key role in our communities. Increasingly, I see our role more as a source of collective knowledge, facilitator of relationships, and creator of networks that people decide to take an active part in, rather than simply as an entry on a database that they probably didn’t ask to be on in the first place.

Personally, I have only ever considered the actual recruiting element of my role as a relatively small part of what I do. I spend much more time advising people and organisations on facets such as career development, succession planning, and organisational design than in facilitating introductions. There are people I have advised on every career move they have made, but without being the one to find them any of those roles. More often than not, there is little ground-breaking in that advice but investing your time from a place of someone’s best interests at heart can go a long way to help people make the right decisions for them. And, more often than not, that circle of goodwill will come back you directly or indirectly at some point in the future.

The pandemic has only served to heighten the requirement for human interaction and the need to   invest your time and effort with no expectation of that in return. Business has become more human as a consequence of both a community togetherness driven by a genuine medical emergency, and by the accidental glimpse we’ve had into each other’s lives and homes via video conferencing. Technology will only ever advance at increasing pace and has an ability to both bring people closer together and divide in almost equal measure. It is our job to ensure it is harnessed in a way that maximises the former.

To work in recruitment and enjoy it for as long as I have, and I’ve had very few bad days in my career so far, you have to be fascinated by people and what drives their behaviour. It may seem a truism, but the fundamental reasons why people work, how they work, and who they want to work for have changed significantly and will undoubtedly change again, and more quickly, in years to come.

Organisations which do not offer stimulating work, personal development, and a positive culture where their people feel valued, will no longer be able to rely on employees simply staying for the pay-check. Furthermore, we now believe our employers should address those much broader social, economic, and environmental issues that are important to us. We want to have purpose and impact in our places of work and throughout our careers rather than when we have sufficient time to make a difference, often when our careers are over.

However, it is interesting to consider that many of those initiatives that drive our engagement with our employers have been around for years such as CSR (1950s), D&I (1960s) and climate change activism (1980s). We think flexibility in the workplace is important, well so did the W. K. Kellogg Company back in the 1930s when they moved workers shifts to support the war effort. None of these things are new, but our desire to adopt them now and without compromise is certainly a more recent phenomenon.

An increasingly smaller but better-informed world driven by technology has brought so many important challenges to the fore. But it is the desire of people to feel that their work has purpose beyond themselves and that their employers care for the issues close to them that has really accelerated change.

It is for many of these reasons that I’ve been proud to be part of the recruitment industry for twenty years and especially proud of the ten I’ve spent with Livingston James. Joining what was effectively a start-up with a two-year-old daughter and with my son on the way was, in retrospect, probably quite a risk. However, it never felt that way then and has not since because I’ve always loved what I do and have been fortunate to work with a leadership team and group of colleagues who share the same passion. If you ever call me for some advice on your career, and please feel free to do so by the way, I always stress that you only regret the things you don’t do and, ultimately, your fulfilment is so much about the people and organisation you work with rather than necessarily the job you do day to day. My own engagement at work has been built on those fundamentals and I have many people to be thankful to, professionally and personally, for enabling that to happen.

However, what I am most excited about is that the greatest changes to the world of work are still to come and understanding our role in supporting people in future still remains undefined in so many ways. The future blueprint has yet to be written and I look forward to playing a part in our industry for many years to come.

You may also see that Livingston James Group is hiring. If you are an experienced recruiter looking for a change, graduate or sportsperson seeking your first role in business, or a successful professional in another specialism intrigued by what the industry can offer, then I am keen to speak with you.

Few industries afford you the opportunity to impact so many careers, organisations, and communities for the better and at Livingston James Group that remains our singular purpose. If that resonates with you, we would love you to join that journey with us. 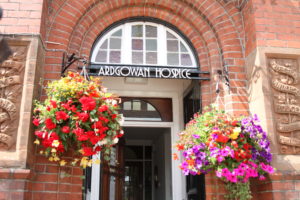 As Chief Executive you will oversee the continued development and delivery of our excellent specialist palliative care services to meet the changing needs of the community. 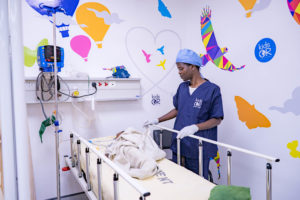 Kids Operating Room saves children’s lives in the world’s poorest countries. They are now looking to appoint an experienced Chief Operating Officer (COO), to be based at Head Office (Edinburgh), who will work closely with Chief Executive to successfully manage the day-to-day operations and administration of the charity. 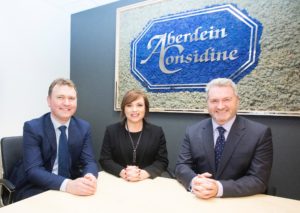 Aberdein Considine is passionate and focused on continuing to grow its business as a whole. The new CEO will play a crucial role in developing and implementing a strategic plan that supports the firm’s vision and goals.